ARDINA’s DPF Regeneration Aid additive is an organo-metallic diesel fuel additive to be used as a catalyst for the regeneration of diesel particulate filters (DPF).

ARDINA has evaluated the benefits provided by use of its DPF Regeneration Aid additive. The first step taken was an analysis of the regeneration behavior of a Peugeot 406 fitted with a catalyzed DPF. A car which has sold in considerable numbers throughout Europe.

The car was driven in a 30 hour normal mixed duty cycle operation without ARDINA’s DPF Regeneration Aid. Not exclusively motorway, not predominantly city driving. During operation both pressure differences in the DPF as well as temperatures inside the DPF were measured. Regeneration proved difficult. The back pressure increased because of soot build up in the DPF. The car eventually even went into ‘limp-mode’, a very unsatisfactory situation.

If we look more closely to graph 1 below it can easily be determined that at no point a full regeneration cycle was completed, not even at peak temperatures around 500 °C. Pressure constantly remained high and the system struggled with the fast soot build-up with consequently higher back pressures (and lost performance). Though regeneration had a limited short term effect, at no point the system proved able to initiate a complete regeneration. 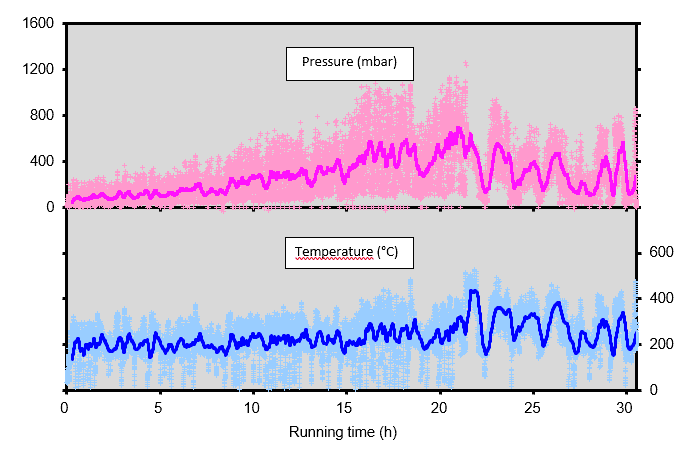 At the second stage of the test the same vehicle ran for another similar 30 hour cycle, however this time on fuel treated with ARDINA’s DPF Regeneration Aid additive. The following data can be seen in Graph 2. 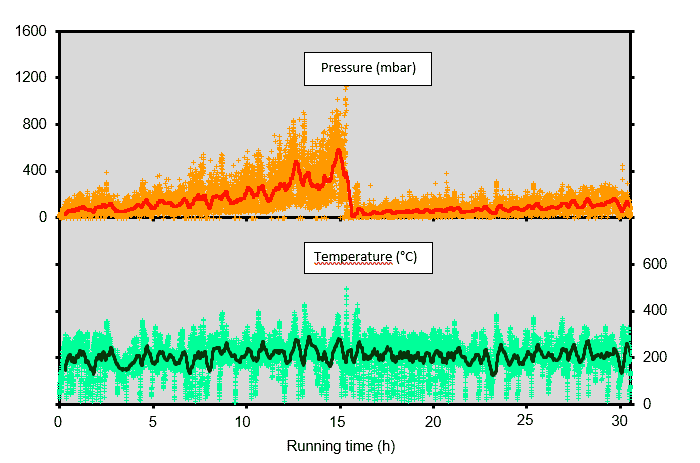 The initial 15 hours of the test showed a comparable trend. Pressure was relatively low as well as temperatures. However the difference was made at around 15 hours. As pressure builds up to a point of around 600 mbar the soot which is catalyzed by the DPF Regeneration Aid additive rapidly burns out completely at an extraordinary low temperature! Important is to notice the completeness and rapidness of this cycle, as well as the very slow build-up of soot afterwards.